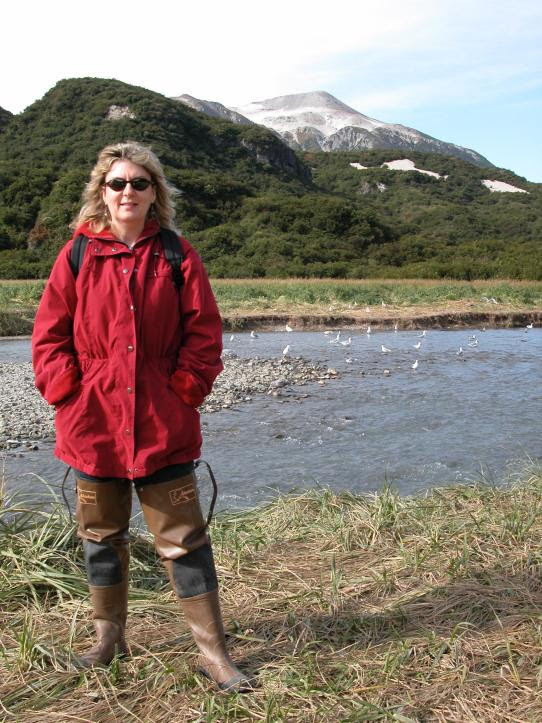 Since she began slow-motion strength training, microbiologist Leslie Martin has seen a decrease in her LDL (bad) cholesterol from 210 down to 140, and while she used to be a size 10, her firmer, more muscular body is now a size 6!

If you don’t do anything to actively stay in good shape, life has a way of creeping up on you. Leslie Martin wasn’t overweight, but even though she had worked out in the past, she started noticing her muscles getting weaker. She could also see a little layer of fat under the skin, “dimpling” as she calls it, on the front of her legs and her abdomen. The problem was that she doesn’t really like gyms. “The loud music, waiting for equipment, people waiting for you to get off a machine, it’s just not pleasant,” she says. “I had some success with cardio, and I had tried Pilates in the past, but I wanted to work out with weights.” The Perfect Workout’s ad online caught her attention with the promise of a good overall strength workout in just 20 minutes. In the past she often worked out for an hour or more, so being able to sneak a workout in on the way to work appealed to her.

That was in October of 2012, and after only a few workouts, Leslie felt better and had more energy. The strength training effects took a little longer to kick in. It wasn’t until about four months later when a friend asked her what she was doing that she realized her body had changed. The dimpling was gone, her skin was smooth and toned, and her arms, which were kind of skinny with slack skin before, now had a rounded, toned look. “She didn’t believe what I was doing, because she was working out five times a week,” says Leslie. “As you start doing The Perfect Workout, it’s like turning back the clock. I was toning before, but now I’m building muscle.” While she admits she didn’t have too far to go, Leslie looks and feels younger than her 56 years. She’s lost ten pounds and dropped from a size 10 to a six. “I don’t remember the last time I bought a size six! When I was a teenager probably.” A nice side effect, too, has been a decrease in her LDL (bad) cholesterol from 210 down to 140.

Before she came to The Perfect Workout, Leslie says she didn’t know what she was doing working out on her own. “It’s so much easier with a personal trainer. They take care of all the little details, keeping track of adjustments and the amount of weight. Plus, they push you to go longer on each exercise than you could go otherwise. Those last 20 seconds make a difference in your results.” Keith has been Leslie’s trainer all along at the Rancho Bernardo studio, and she loves his positive, upbeat style. He’s helped her go from 120 to 200 pounds on the leg press (one of the best overall exercises you can do), and her goal this year is to get up to 300 pounds.

Besides looking and feeling younger, the slow-motion strength training is paying off in everyday activities, too. At her job as a microbiologist for Scripps, the big commercial refrigerator doors used to be so heavy that Leslie would have to throw her body weight into it. Now, with muscles she didn’t have before, it’s much easier. “You use your muscles for everything. You don’t notice until they start getting weaker, and if you don’t do anything about it, you start getting saggy.” Leslie also notices her increased overall strength when she’s hiking, one of her favorite outdoor activities.

“I feel very fortunate that I discovered this kind of workout that fits into my lifestyle so well, and is so beneficial. It’s easy, and the time and effort required is minimal. That’s why they call it The Perfect Workout. It is perfect.”