According to the National Institute of Mental Health (NIMH), the common treatments for depression include various types of antidepressants, the herbal treatment St. John’s Wart, psychotherapy, and brain stimulation therapy. After reviewing the research, the NIMH may want to add another option: strength training.

Research shows that strength training, even for as little as 10 weeks, significantly improves depression [1,2]. Strength training’s effect on depression is twice as strong as the benefit achieved through a socializing and health education program, according to one study [1]. Improvements are even seen with people who are diagnosed as clinically depressed. Gains in strength are linked to depression improvements, and improvements in sleep and depression are also connected.

According to the NIMH, about 6.7% of the US population suffers from depression – roughly 21 million people! The disease is likely caused by some combination of thought patterns and biological, genetic, environmental, and physiological factors. MRI scans show that depressed individuals have differences in brain appearance, especially in the regions that are related to sleep, mood, thinking, appetite, and behavior.

Most commonly, depression is treated through antidepressants. While medications can provide benefits, they also carry side effects. For example, antidepressants improve depression in seniors but also increase confusion, risk of falling, and often sedate the medicated individuals [1].

Exercise brings its own set of side effects…except these are side effects that you desire. According to WebMD, regular exercise improves stress, anxiety, and sleep. This is exactly what the researchers in the strength training studies found.

A 10-week study, conducted by researchers from Harvard and Tufts University, demonstrated that strength training with very challenging weights was more effective than a socializing and health education program [1]. Depression scores dropped by about 50-60%, which was about two-times greater than the comparison group. About 40% of the strength training group slept more soundly at the end of the study as well.

In regards to at least one mechanism for how strength exercises benefit depression, the researchers in the all-male study said training increases brain blood flow and therefore, increases the nutrients regularly received by the brain.

While I can’t say that we’ve measured clinical depression before and after training at The Perfect Workout, there are many anecdotes of our clients who have found the training to reduce their anxiety, work and personal life stresses, and many clients often walk out of their training sessions in much better spirits than when they came in (of course, that could be due to our wonderful instructors!). With all of this said, is strength training a legitimate treatment for clinical depression? For a similar question WebMD had the following answer:

“Research has shown that exercise is an effective but often underused treatment for mild to moderate depression.”

I think that’s well-stated. As you have read above, strength training provides a major boost to depression as well as anxiety, anger, confusion, and sleep difficulties. This change can happen in less than three months and, unlike medications, strength training won’t leave you with unwanted side effects. 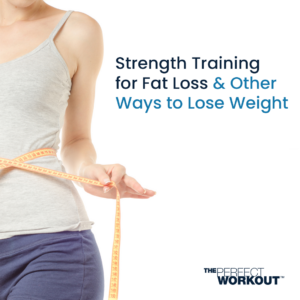 Strength Training for Fat Loss & Other Ways to Lose Weight

Why strength training is valuable to losing weight and other habits that help with fat loss.

Valerie began working on her own personal fitness in 2016. She researched different… 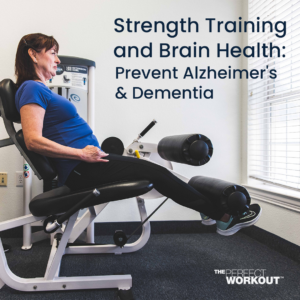 Preventing Alzheimer's or dementia, one thing scientifically shown to decrease…

Not sure where to start?

Begin learning with some of our most popular articles:

The Impact of Strength Training and Inflammation

Best Exercises for Women over 60 + Workouts To Avoid

The Secret to A Successful Workout