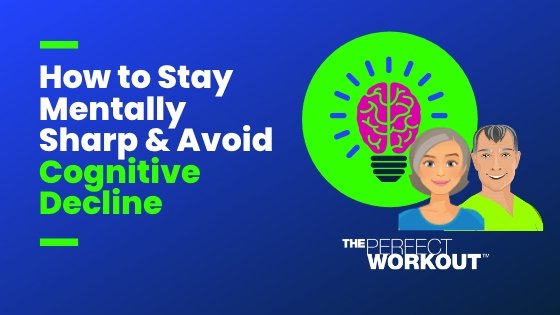 The thought of getting cancer, getting injured from a fall or getting diagnosed with Osteoporosis are all real fears we want to avoid.

But the scariest thing to many adults is the possibility of mentally slipping.

Forgetting your family, forgetting how to do simple tasks and forgetting who you are might be one of the most terrifying side effects of aging.

When you look into the future you want to see a life filled with family, hobbies, adventure, and the ability to do what you want- a high quality life.

Part of having a high quality of life is possessing the mental capacity necessary to keep up with that vision of the future. For this we need to have a healthy memory, awareness, and ability to shift focus within seconds.

In terms of health, strength training is usually discussed as an effective treatment for building bone density, controlling blood sugar, and improving the cardiovascular system.

However, research over the past six years is showing that strength training is also an effective method for improving cognitive function, even in those who show signs of decline. 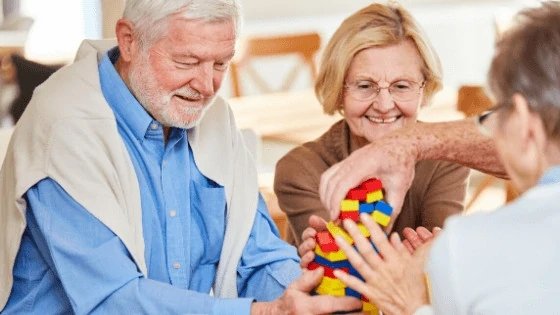 Strength training has been proven to help prevent cognitive issues, as well as improve cognition in those who already are experiencing decline.

Researchers at the University of British Columbia have performed a few studies related to this. Each study included women only. The 2010 study lasted one year with the participants split into three groups:

The strength training group trained intensely, typically fatiguing to the point of “muscle success” in about six to eight repetitions.

A couple of cognitive tests were performed before and after the year of training, including:

At the end of the study, cognitive performance declined slightly in the control group, but improved by 11 to 13% in the strength training groups. 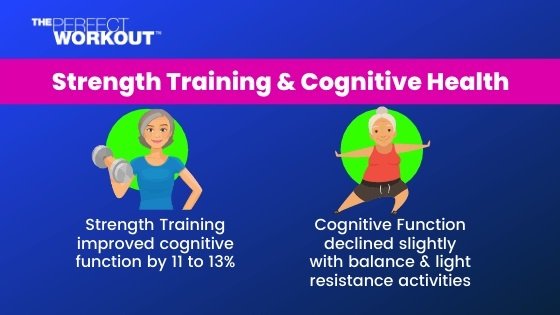 Despite being an average of 70 years old, the women who performed strength training became mentally sharper over the 12-month period. In addition, peak muscle power, the key attribute allowing seniors to perform challenging daily tasks, increased by 13% in the twice-weekly strength group.

The strength group improved in their Stroop Test scores, memory, and functional changes were noticed in three brain areas (via MRIs).

The effectiveness of strength training on the mind is not limited to women only. A 2007 study at the Federal University of San Paolo found two and three strength workouts per week led to similar improvements in men who averaged 68 years old.

The men in this study also experienced less anxiety, depression, confusion, and fatigue at the end of this study. 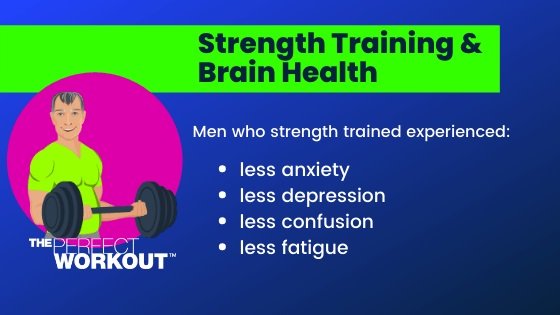 Researchers in Australia tested the theory of resistance training having the ability to boost brain power. 68 women and 32 men between the ages of 55 and 86, all with mild cognitive impairment were observed.

They were randomly assigned to two groups. The first group did weight training twice a week for six months, lifting 80% of the maximum amount they could. The second group did stretching exercises.

“All participants were given cognitive tests at the beginning and end of the study and 12 months after they finished the study. The group that did the weight training scored significantly higher at the end of the study than at the beginning and retained that gain at 12 months. The gain in test scores was also greatest for those who had the greatest gains in strength. The scores of the group who performed stretching exercises declined somewhat.”

It's not too late to strive towards improving mental health. With strength training it only takes 20 minutes, twice a week to give you or your loved ones a better chance at a high quality life. 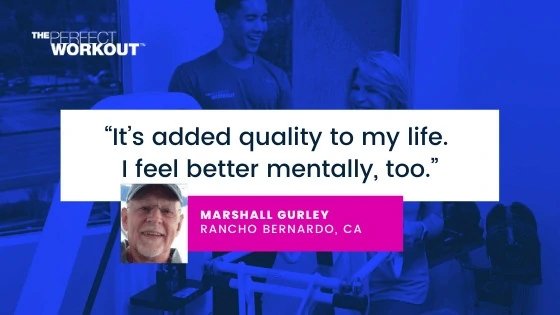 Strength training has been shown to be a holistic solution to improving brain function and cognition in general. Here are more studies:

After six months, strength training by itself was the most effective intervention in all the major areas, including improvements in memory and improvements in Alzheimer's disease score- which predicts the risk for developing Alzheimer's.

You would think “brain training” would have been the winner, but strength training beat it.

In one study, adults in senior living facilities were evaluated on tasks of executive functioning before and after a month-long strengthening, non-aerobic exercise program.

Another interesting study found that cognitive decline is associated with a severe fear of falling: a common fear amongst many older adults.

What’s an easy solution to prevention of falling as well as cognitive decline?

CDC Recommends it. We provide it.

According to the CDC, there are things you can do to reduce risk of getting Dementia:

The solution is simple

Looking at the research above, strength training offers a unique ability to improve cognitive function in a number of ways, even when signs of decline exist. This benefit can be attained in as little as just one intense workout per week.

Considering that strength training requires minimal time, strengthens bones and muscles, improves cardiovascular health, and the ability to process, recall, and react to life’s demands, it’s hard to see why anyone wouldn’t want to participate.